Thank You for a Fantastic Comic Con 2014!

It took a bit to get settled in and re-organized after the convention so this might be a little late, but I just wanted to give a huge THANK YOU to everyone who stopped by my booth at SDCC! In those crazy five days of the con, and with all your kind emails and feedback afterwards, you guys really blew me away with all the support and well wishes!! 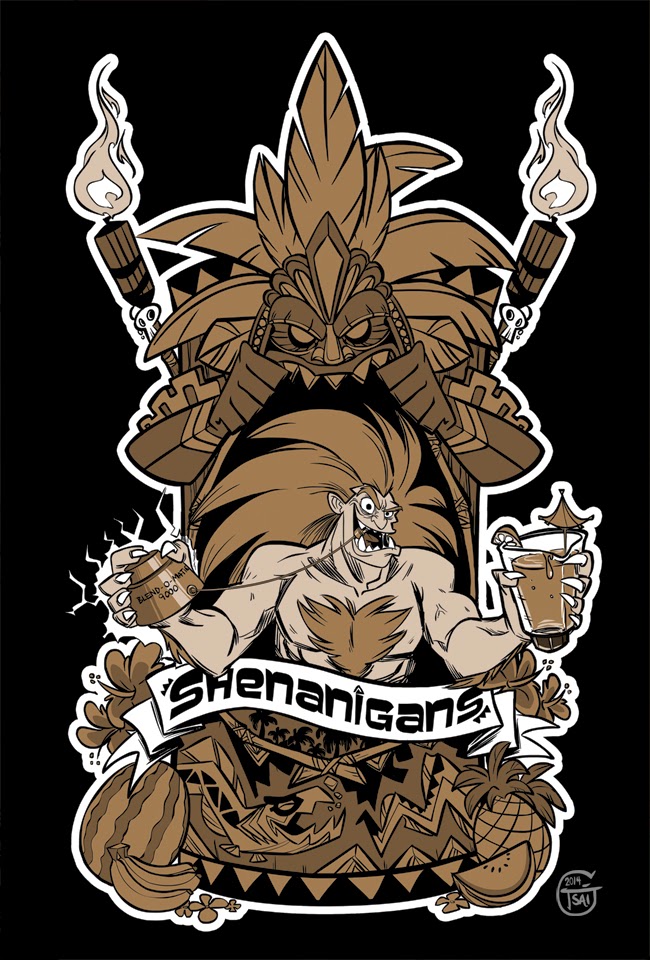 http://www.eightysixedclothing.com/street-fighter-shenanigans/
I was inspired to do a Tiki theme, throwing in little references for all the Blanka fans out there--his blender, Brazilian Carnival alternate costume, and the electric eels, hehe! Coincidentally, at this year's Comic Con, Yoshinori Ono from Capcom announced new DLC costumes for USF4, themed after "Summer Vacation," where Blanka dons a Hawaiian shirt and lei! @_@ Eeee!
Bonus! Random Blanka Sketches (Ghibli Blanka, WTF?!) 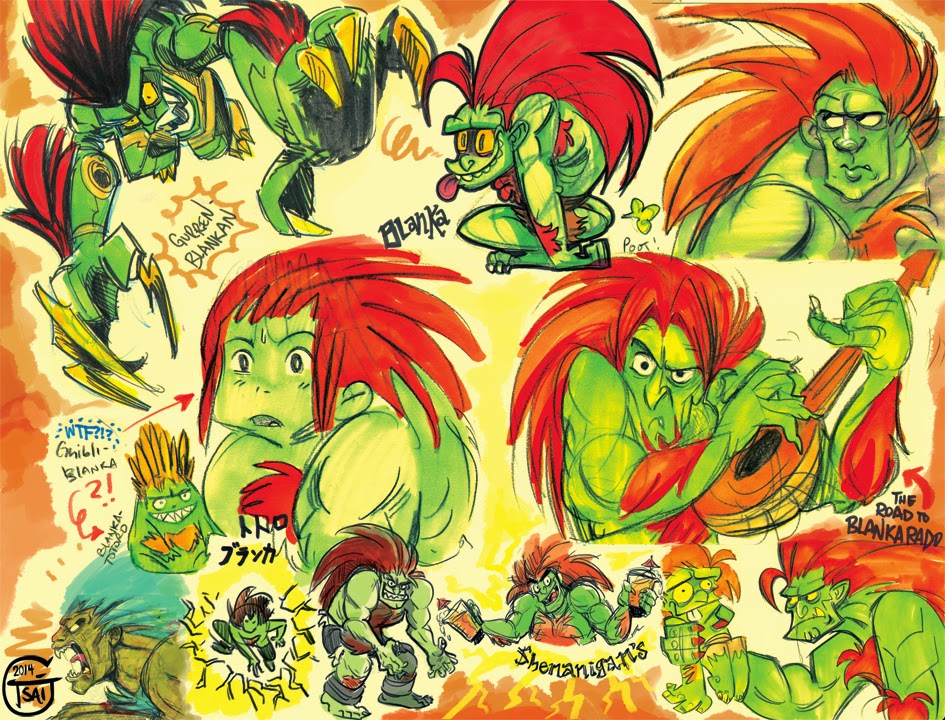 Shigeto Koyama (above), who worked on some of my favorite anime, "Kill La Kill" (Creative Director), "Gurren Lagann," and "Gunbuster 2," picked up my new book! AAAH!! @_@ I was SO excited!

I didn't get a chance to leave the booth much, but I was fortunate to have met Juanjo Guarnido, creator of one of my favorite comics, Blacksad! I got a commission of Weekly! I absolutely LOVE how it turned out!!

Kristopher Katz, writer for Dota 2 characters' dialogue/lore, including TIMBERSAW (*squee!!*) came by as well!! *giddy* ^______^
Some Timbersaw sketches from my new book: 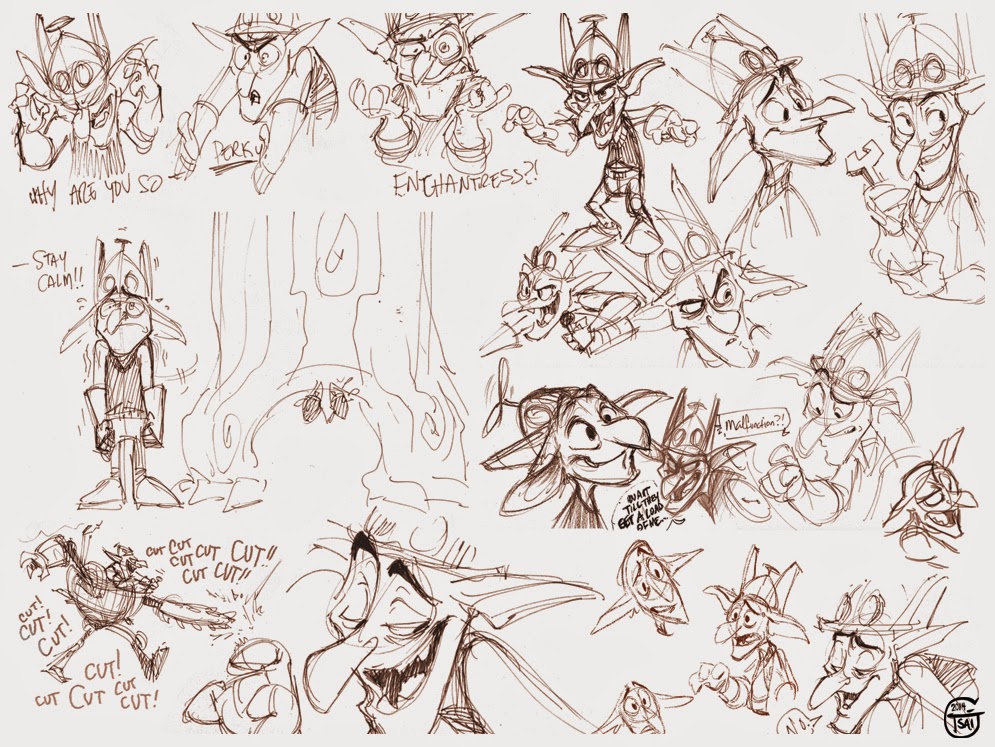 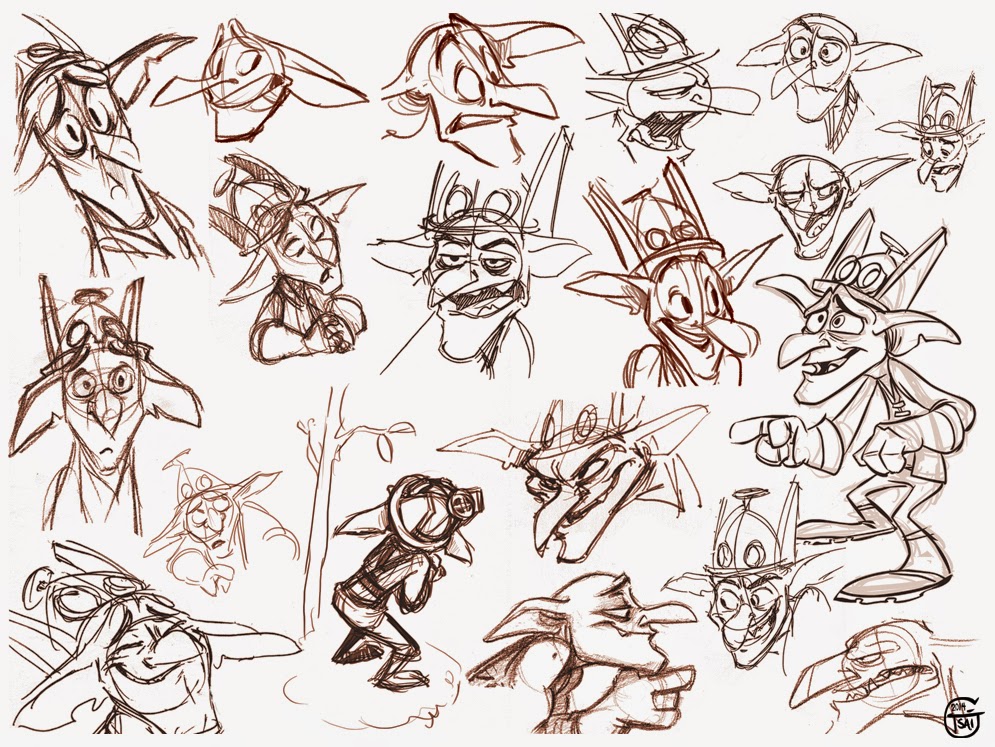 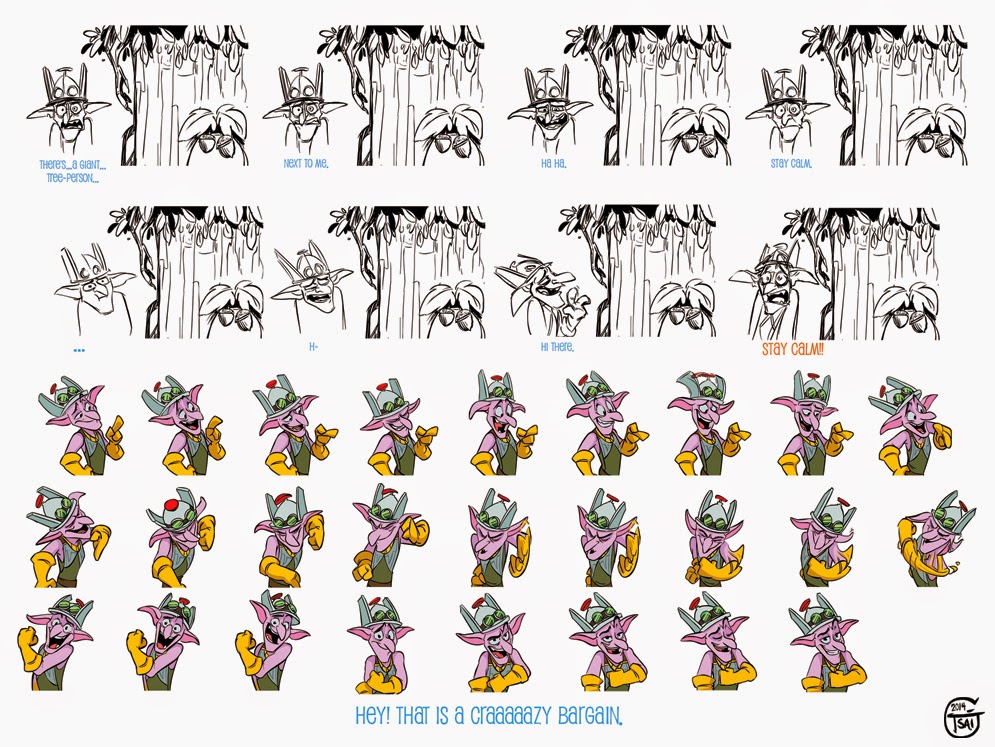 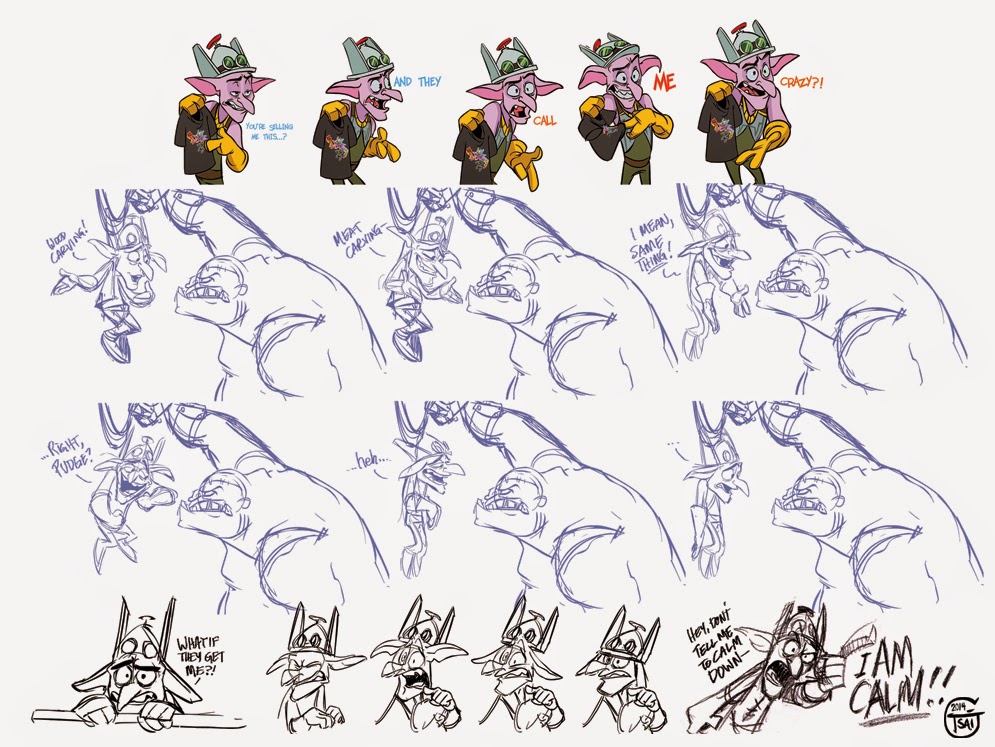 ~ ~ ~
Finally, I wanted to announce that I am also on Instagram! Yeah, I'm embarrassingly behind on times when it comes to these apps--as you can see I'm still trying to get the hang of Twitter and haven't even learned all the ins and outs of Tumblr yet... but lots of folks have asked if I was on Instagram and I didn't even know artists were using it to post artwork--I thought it was only for photos! So, bear with me as it will take me a bit to update, but feel free to add me on Instagram: http://instagram.com/genevievetsai

That is AWESOME you got to meet the creator of Blacksad. That is a GREAT book.

I will be looking forward to your next post. Thank you
jacksondiscgolf.org/
airsoftdynamics.net/