Here is some fan art of Minette and Ms. Fortune I had the pleasure of creating for my buddy Alex Ahad, Creator of the awesome fighting game, Skullgirls! Being a HUGE fan of Alex's work, and a Skullgirls fan from the very beginning, I was honored that he'd asked me to do a piece and I had a ton of fun working on it! ^__^ 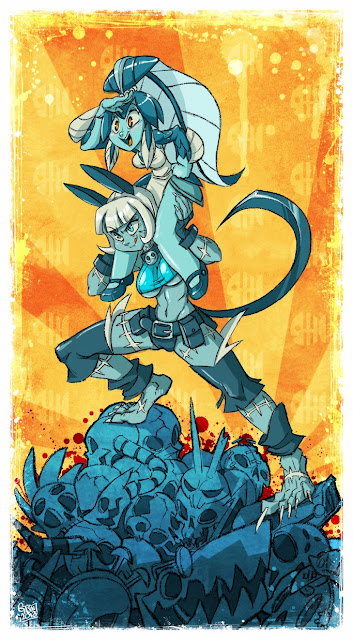 This will be in the Gallery Section of Skullgirls shortly after the PC release (via patch update), which releases today, August 22nd, 2013! If you haven't played it yet, GO OUT AND GET IT!! The art and animation in this game is absolutely MIND-BLOWINGLY AWESOME! @__@

A few new 'For the Love of Lines' doodles! 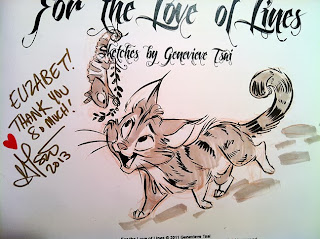 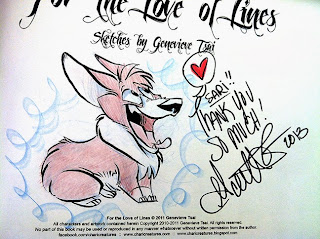 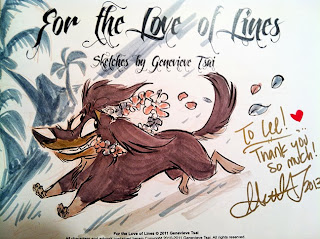 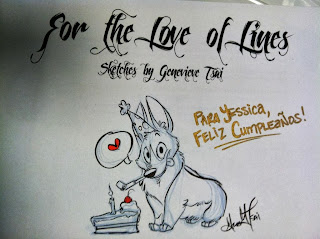 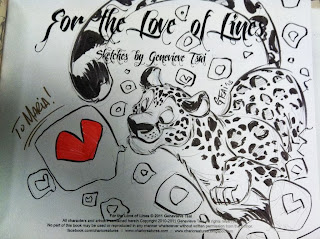 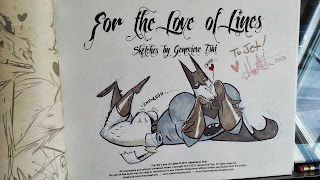 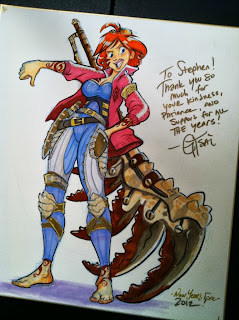 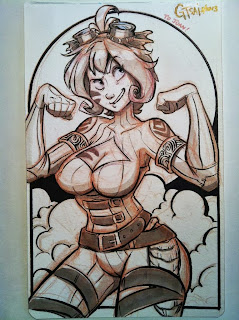 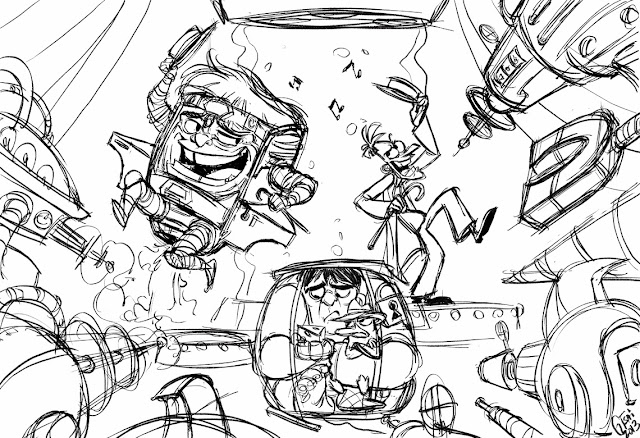 So I did this a while back for March MODOK Madness, but I was late! T__T I imagined a random crossover with Dr. Doofenshmirtz and M.O.D.O.K. doing a silly song and dance number... anyway I later find out about "Phineas & Ferb: Mission Marvel" and I was super blown away by the coincidence!! Well, it premiered on August 16th on Disney XD, and unfortunately a Dr. Doof and M.O.D.O.K. duet never happened, but here you go! And yes, Hulk took the cheese bait from the... Mousetrap-inator?

On a side note, I got to meet the cast of Phineas & Ferb at San Diego Comic Con 2013, and in this goofy pic you can see how incredibly happy I was to meet Dan Povenmire, co-creator of the show and voice of Dr. Doofenshmirtz! Hehehe! XD 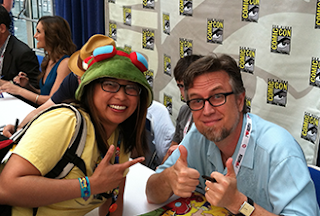 Good to hear from you! As usual, nice art. Good to see you're a fan of Skullgirls. The commissions look cool and your new For the Love of Lines sketches are nice, esp. batman and the leopard. Does this mean you might release a second book?

Always good to hear from you too, Sparky! ^__^ Thank you so much for your constant support and all your kind compliments on all my latest updates! Yes, there are definitely a couple of new books in the making, so stay tuned! Hopefully one will be in for APE but no guarantees. Thanks again and I hope you are doing well!

My son Rigel loves the hulk and phineas and ferb can't wait to show him this he'll love it.

I love your lol images!!

The evolution of this digital entertainment marvel began a few decades back, with the development of electronically programmed user Booty Call interface technology which allowed people to interact with programs at a much higher degree.

Alex your skull girl is awesome. I really appreciate it. would you like to create one for my site? my site is apk games and apps.


I will be looking forward to your next post. Thank you
movietrailer002
foodandhealth

I think this article is useful to everyone.
สูตรสล็อต SLOT XO"