Here's a fun experimental interactive comic I created in Google Doodle form! This was loosely inspired by my love for point & click/text adventure games and the Choose Your Own Adventure books I read as a kid. I wanted to take a medieval fantasy theme and throw in a bit of humor and other things I enjoy, like dungeon crawlers, goblins, quests, and mythical creatures. The ending is a bit random (and lacking) I must admit, but I wanted to finish this in two weeks, from concept to finish.

I did the storyboards, all the art, design, animation, and transitions, while my friend, Jay Lim, scripted it in Flash. I was also planning to have a mini-game planned as sort of an 'Easter Egg' at the end, which my other friend Jeff Bird coded, but I decided to keep it simple and focus on the main comic.

Click on the green arrow to begin the Flash video (it has music, too!). The song is by one of my favorite Cape Breton fiddlers, Natalie MacMaster, called "E Flat Set," which I shortened for the project:
Process Sketches & Flow:
This crude color script below documents my entire thought process (which doesn’t always come in order) for the comic. The notes scribbled in are thoughts on how the scene should integrate and transition to the next, as well as ideas for FX, mood, color, and animation. 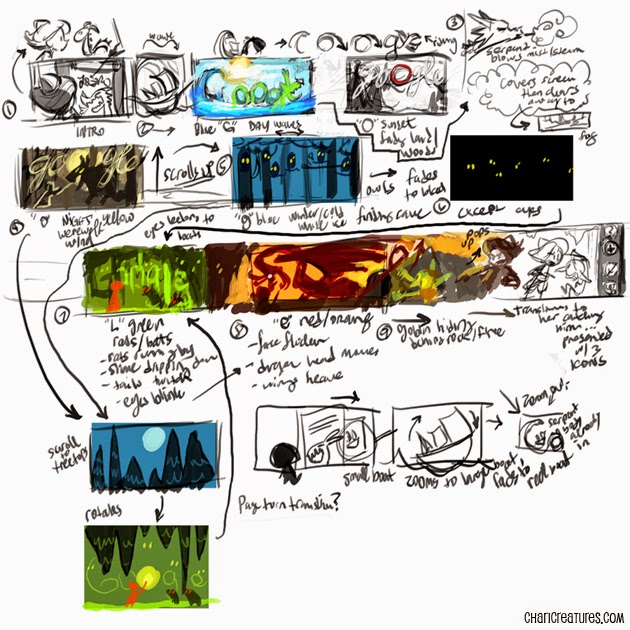 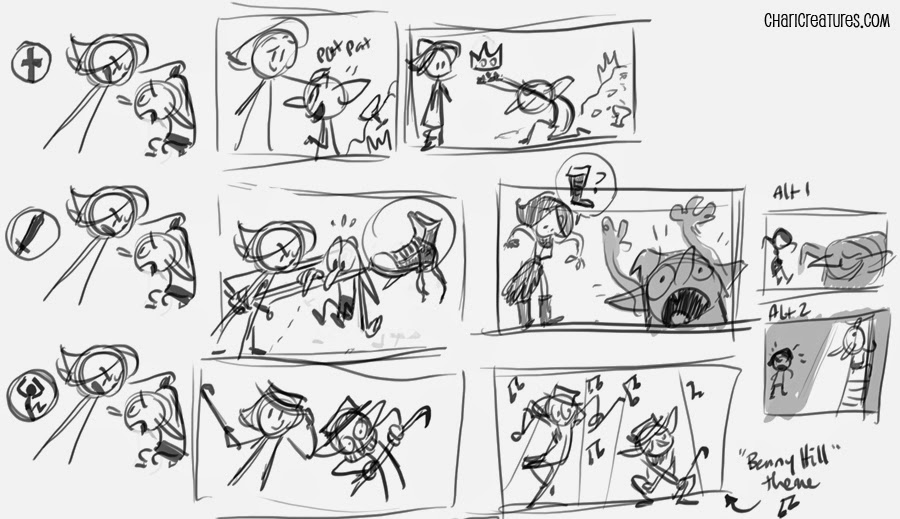 Variations on the main splash design: 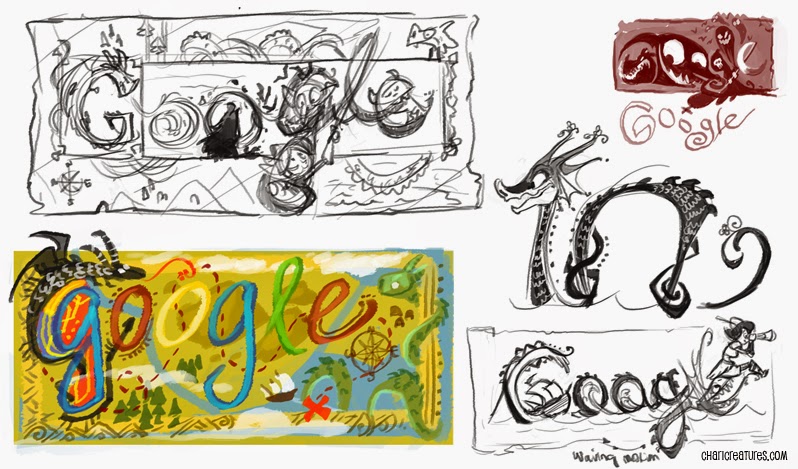 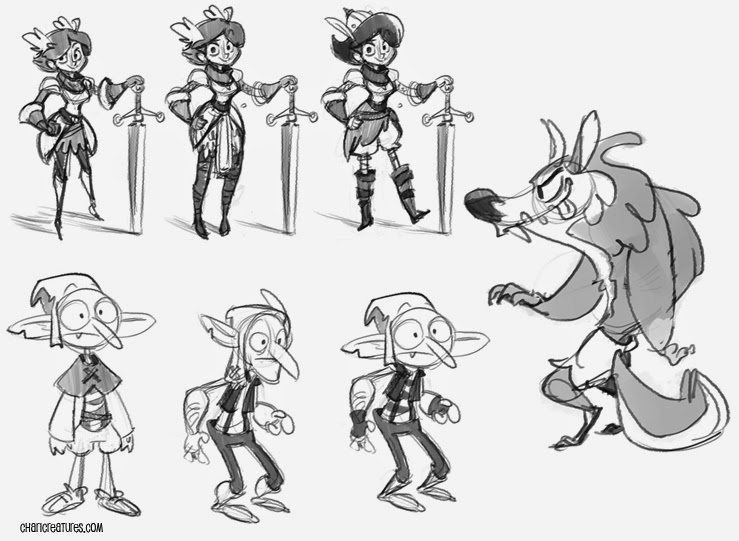 Frames from the final comic: 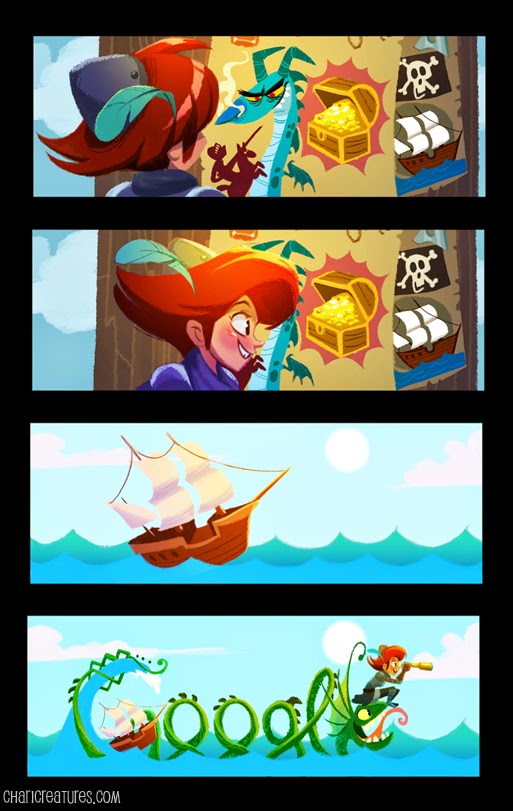 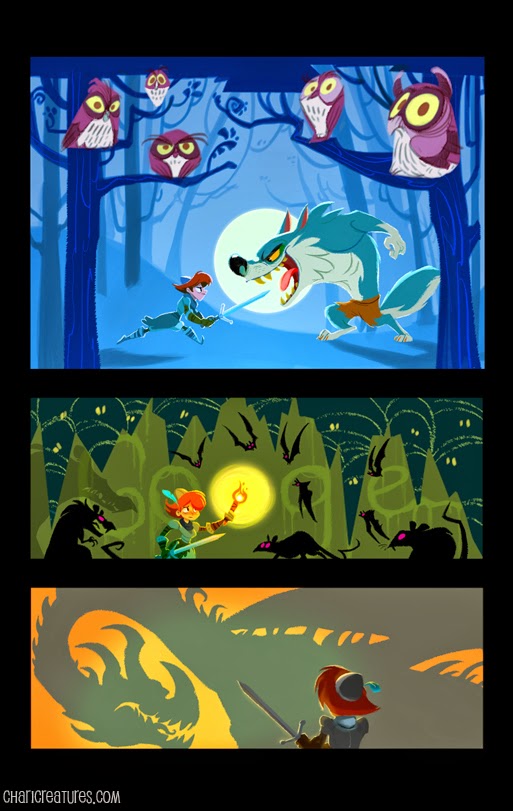 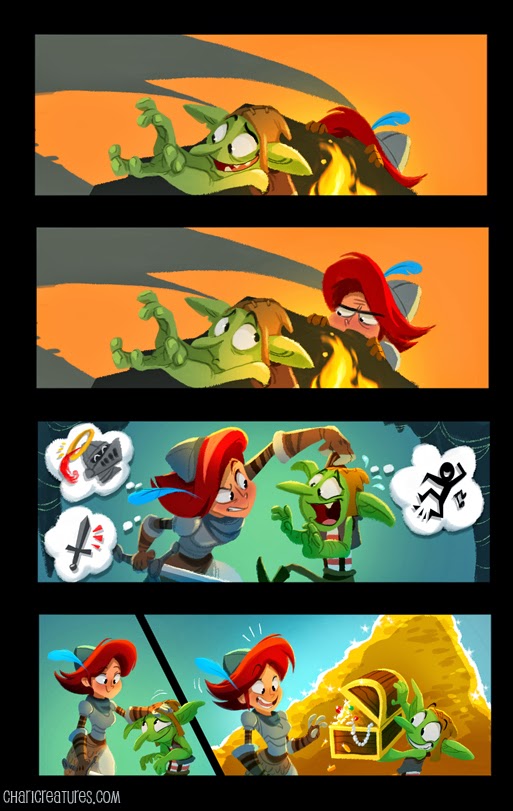 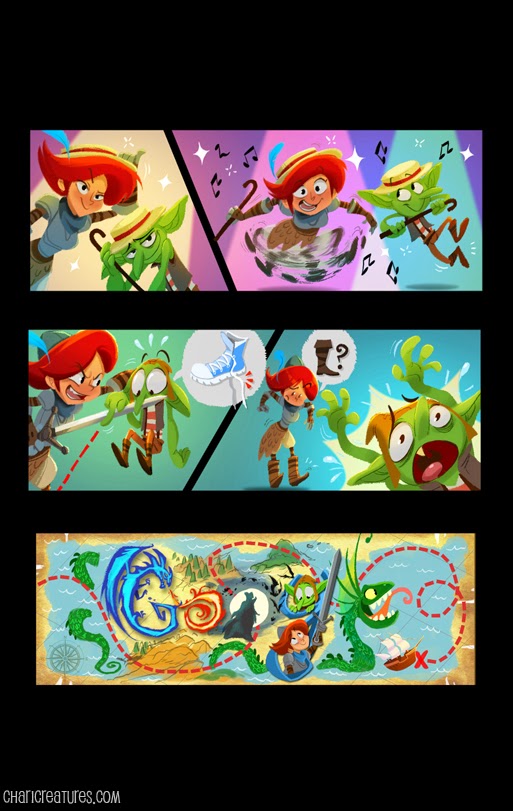 I will be looking forward to your next post. Thank you
makeuplifeyou
byou59485.wixsite.com